You are here: Home1 / Welcome
PreviousNext 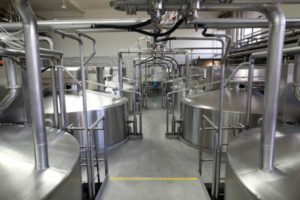 Cheese – a food with a long history! One can only speculate about when and how the first piece of cheese came into existence. It is however a fact that cheese was eaten already in prehistoric times.

At our two locations Lendershausen (Lower Franconia) and Wiesenfeld (our main plant in Upper Franconia) we convert about 430,000 tons of milk per year into approximately 47,600 tons of various “Coburger” cheese types. The main product is still semi-hard cheese for slicing, while our specialties like soft cheeses and convenience products are increasing their share. Hard cheese, too, contributes to our sales with about 13,700 tons.

In 2016, a fully automated high rack warehouse with a storage space capacity for up to 8,100 pallets was put into operation. In order to increase productivity and to guarantee a consistent quality, four additional state-of-the-art cheese vats were installed in the same year. More than 380 employees in both locations take care of a consistently high quality, clean packaging and safe transportation of our “Coburger” cheeses. 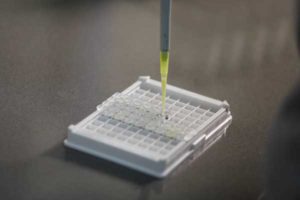 Quality assurance is the alpha and omega of modern cheese production. Only tested and approved milk is collected by our truck drivers at the various farms. Milchwerke Oberfranken West eG offer high-class products to their customers around the world. Quality, hygiene and safety are of utmost importance for the food cheese throughout its production and processing. Our in-house laboratory constantly checks the fat content and properties of the incoming milk, but of course also the finished and semi-finished products at the different processing steps. A whole set of regulations, primarily the European Regulation EC 853/2004 and the German legislation on milk quality dictate maximum permissible values which must be strictly observed when processing the raw milk. 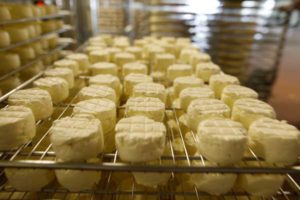 An important process during cheese production is the ripening of the curd. This may range from some days to weeks, as is standard for the soft cheeses, or may require several months in the case of semi-hard or hard cheeses.

The consistency and the climate inside the ripening rooms are especially essential for the development of the taste. Normally, the temperatures are adjusted between 8 and 16 degrees Celsius and the air moisture between 75 and 98 %.

The ripening of the cheese is a result of a transformation process of the components inside the cheese like residual sugar, protein and fat. During cheese production, this is activated by enzymes which are either specifically added to the milk in the form of starter cultures or which are present in the local air or the brine bath.

Working on the cheese in the ripening rooms is mostly limited to rind or surface treatment and to steering the specific climatic values (temperature and relative moisture). At the end of the ripening process, each cheese has reached its typical character which is determined by special attributes like appearance, aroma, taste, texture and salubriousness.